“Your life starts to become meaningful when you care for others” 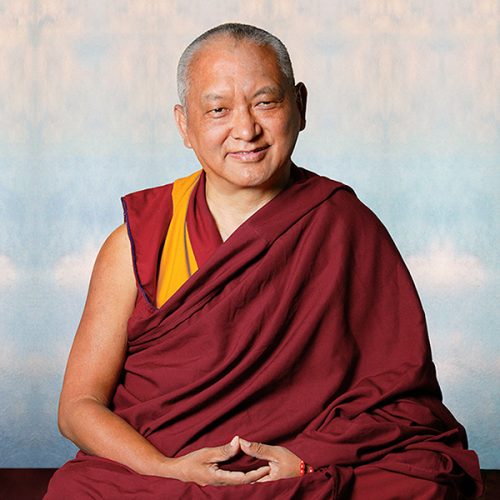 Born in the Mount Everest region of Thami in 1946, Rinpoche was recognized soon afterwards by His Holiness Tulshig Rinpoche and five other lamas as the reincarnation of the great yogi Kunsang Yeshe.

At the age of ten, Rinpoche went to Tibet and studied and meditated at Domo Geshe Rinpoche’s monastery near Pagri, until the Chinese occupation of Tibet in 1959 forced him to forsake Tibet for the safety of Bhutan.

Rinpoche then went to the Tibetan refugee camp at Buxa Duar in India, where he met Lama Yeshe, who became his closest teacher, together they began teaching more Westerners. Over the next few years they built Kopan and Lawudo Monasteries.

In 1971 Lama Zopa Rinpoche gave the first of his famous annual lam-rim retreat courses, which continue at Kopan to this day.

FPMT was established at the end of 1975. Lama Yeshe served as the organization’s spiritual director until he passed away in 1984, at which time Rinpoche took over. Since then, under his peerless guidance, the FPMT has continued to flourish.

Lama Zopa regularly visits FPMT centres in Asia, Europa, America, Australia and New Zealand to give teachings and spiritual guidance to his numerous students. Rinpoche is the perfect example of the teachings, showing all the qualities of an altruistic and compassionate mind working tirelessly for others.